The SALE VERO is an unrefined sea salt that is harvested by hand in the Culcasi salt pan located within the natural reserve of Trapani and Paceco managed by the WWF. 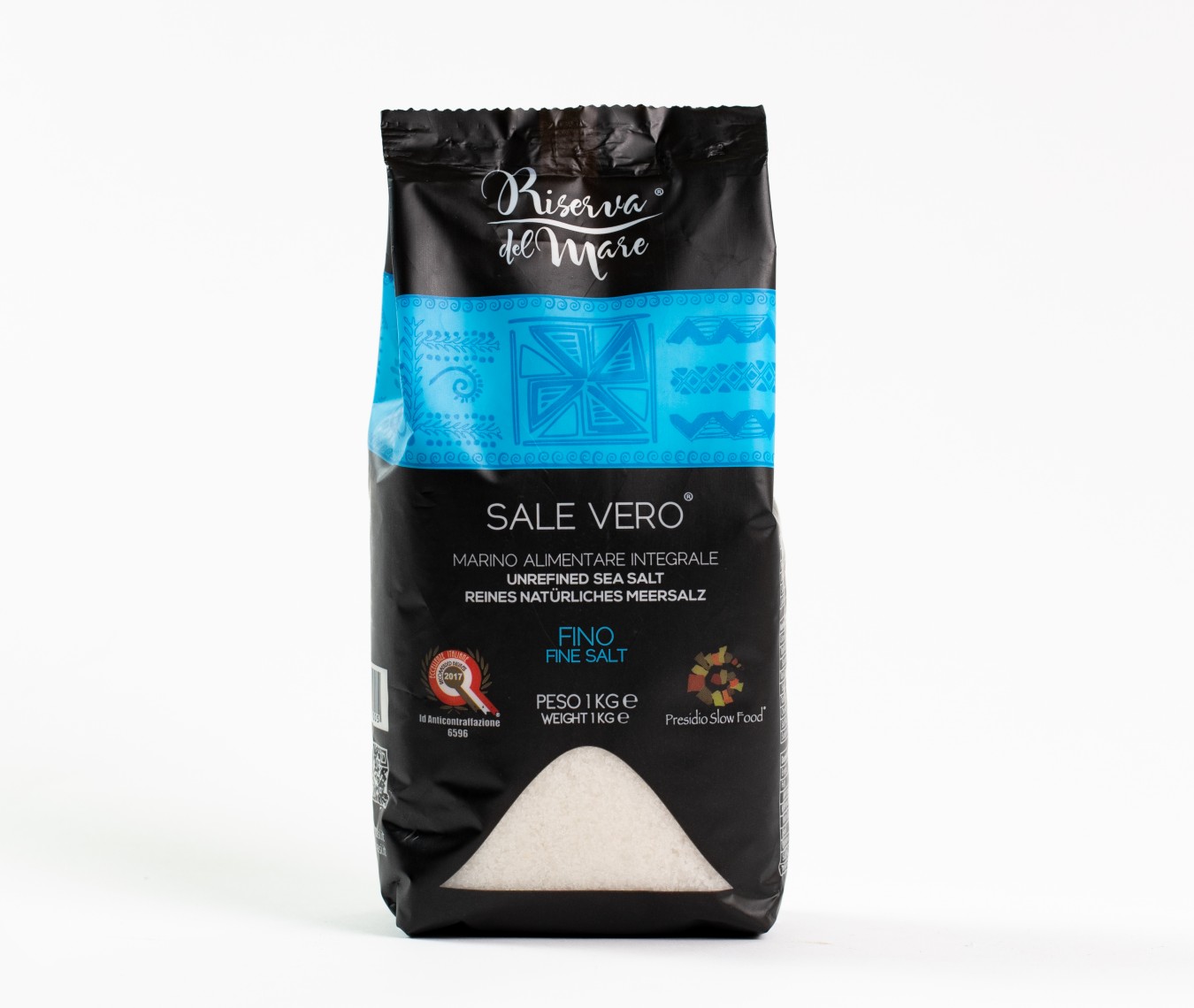 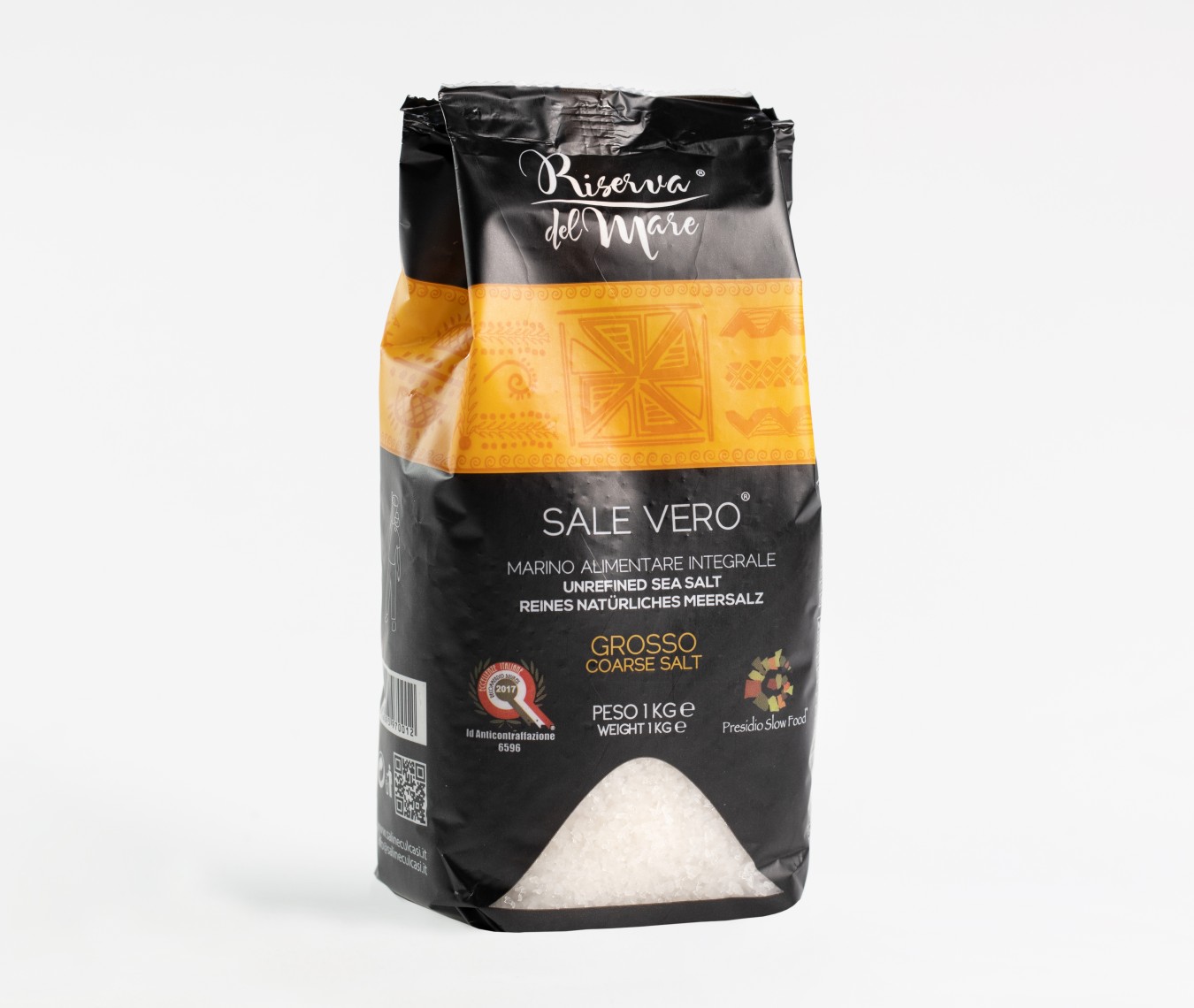 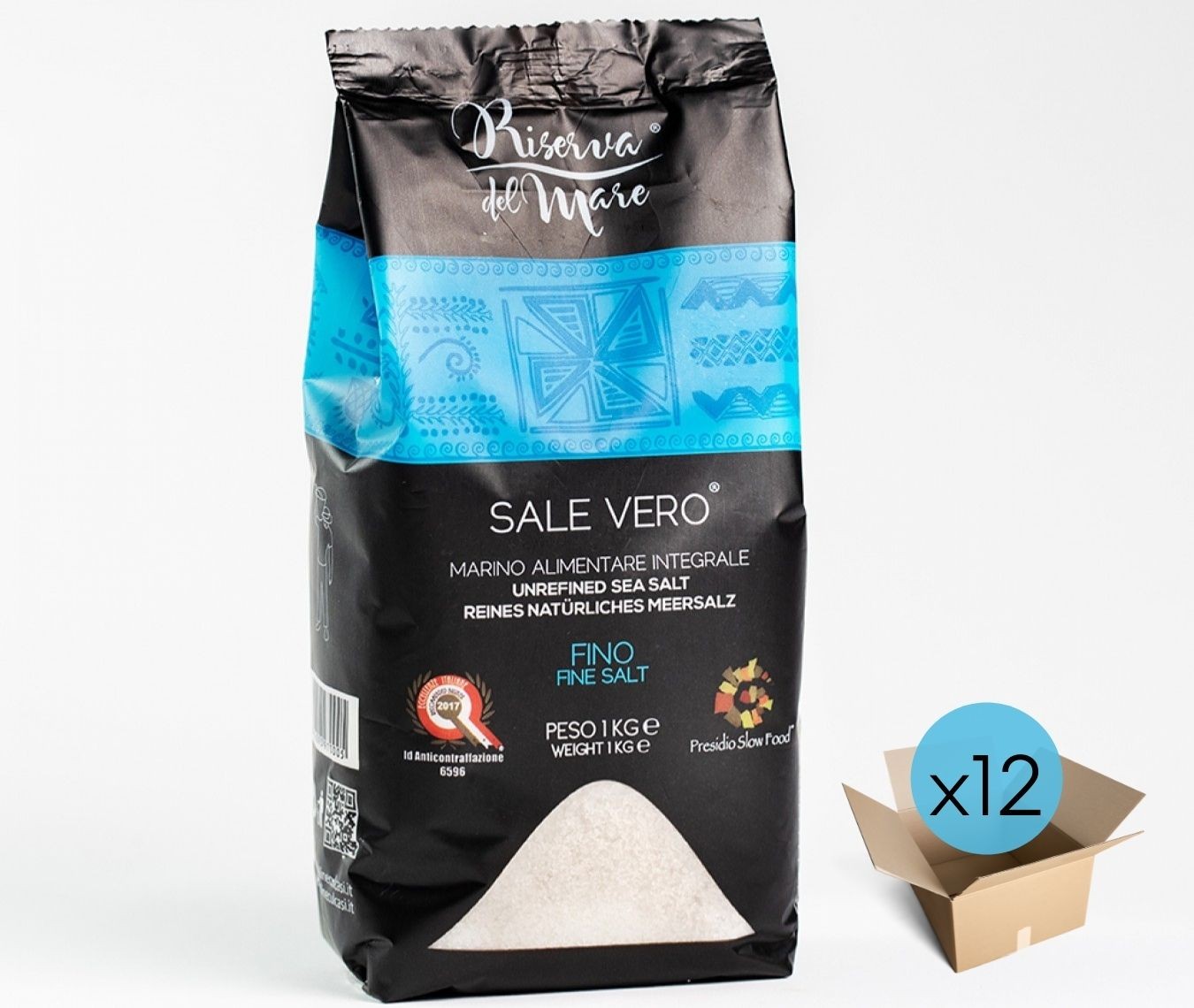 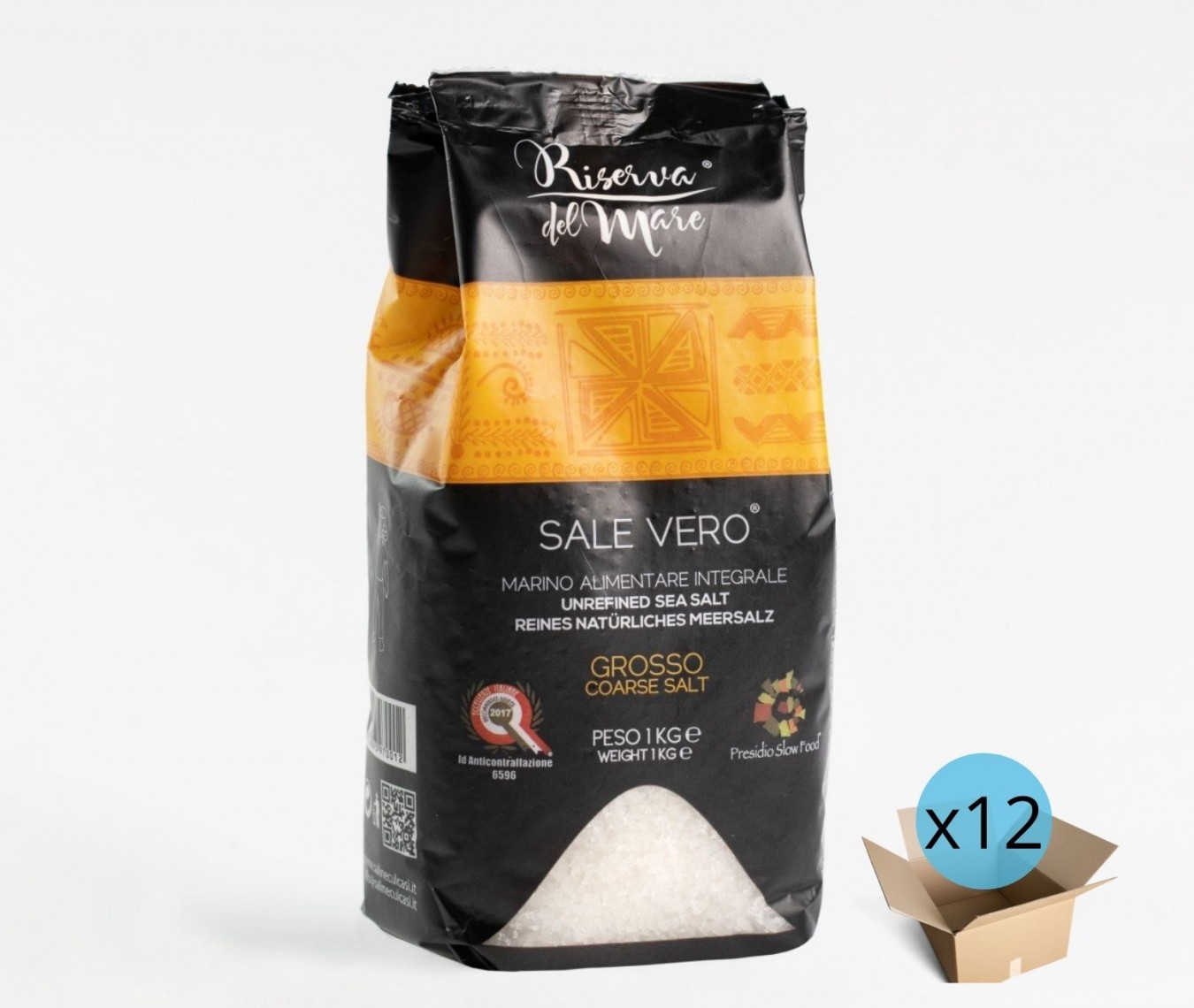 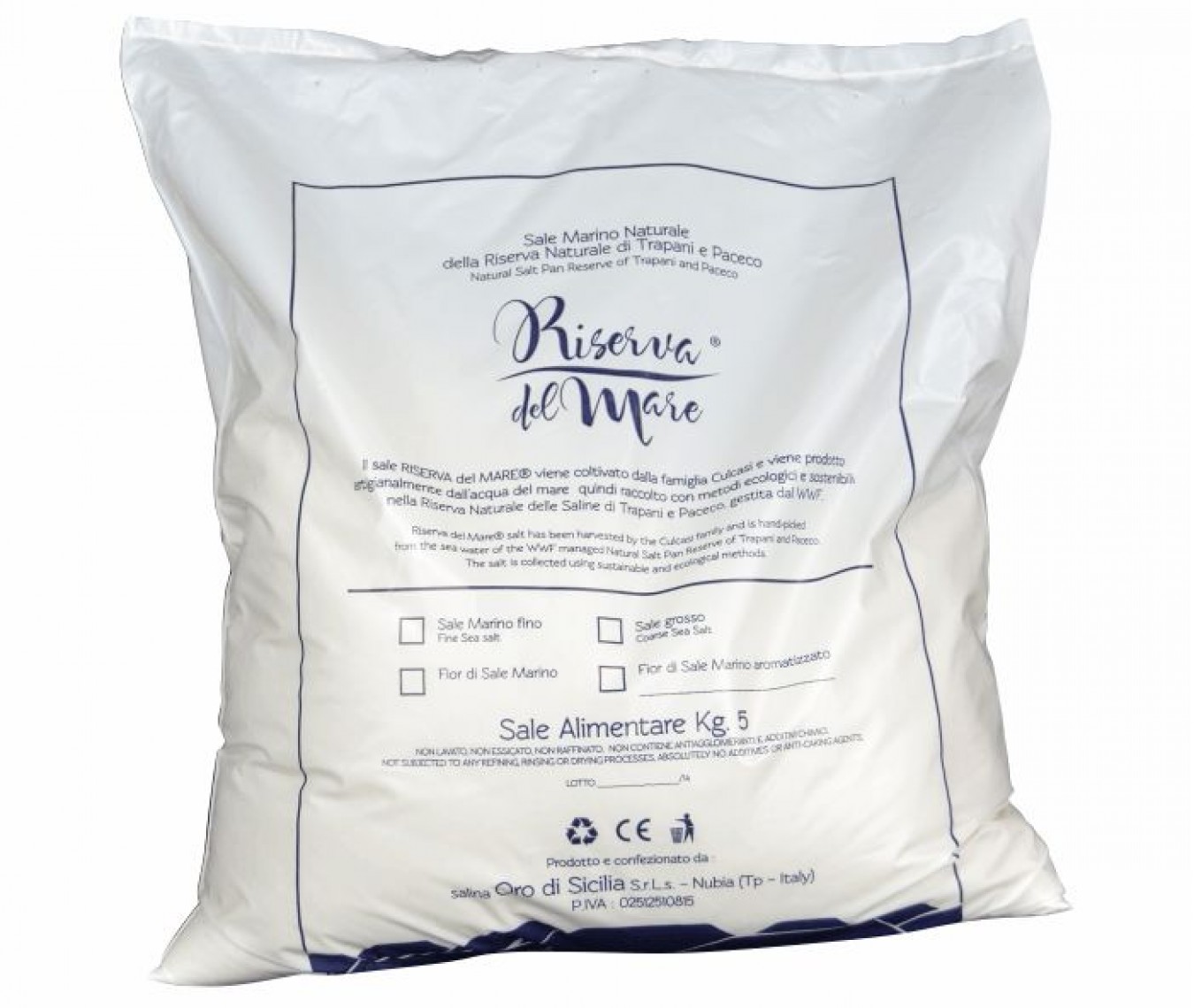 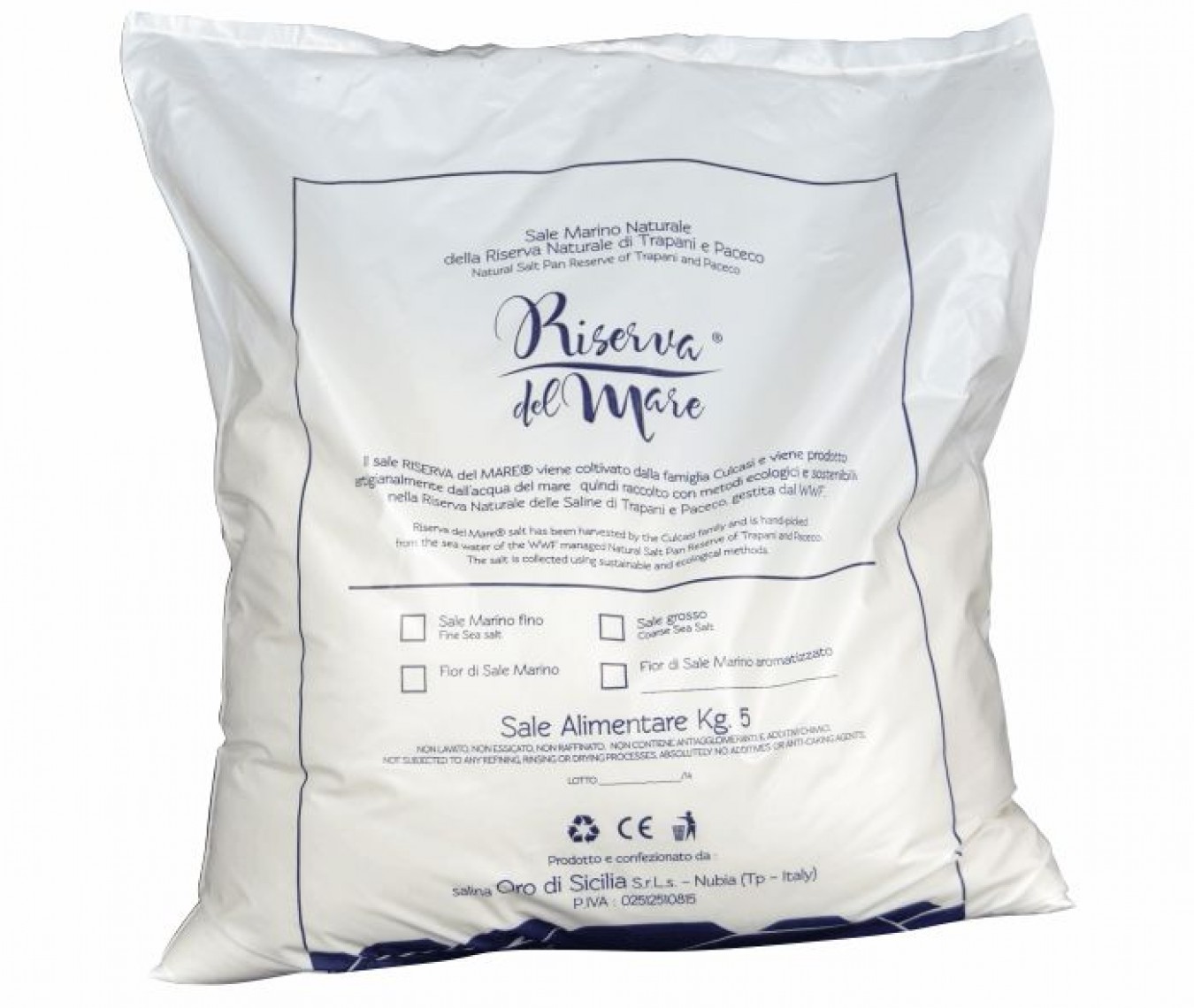 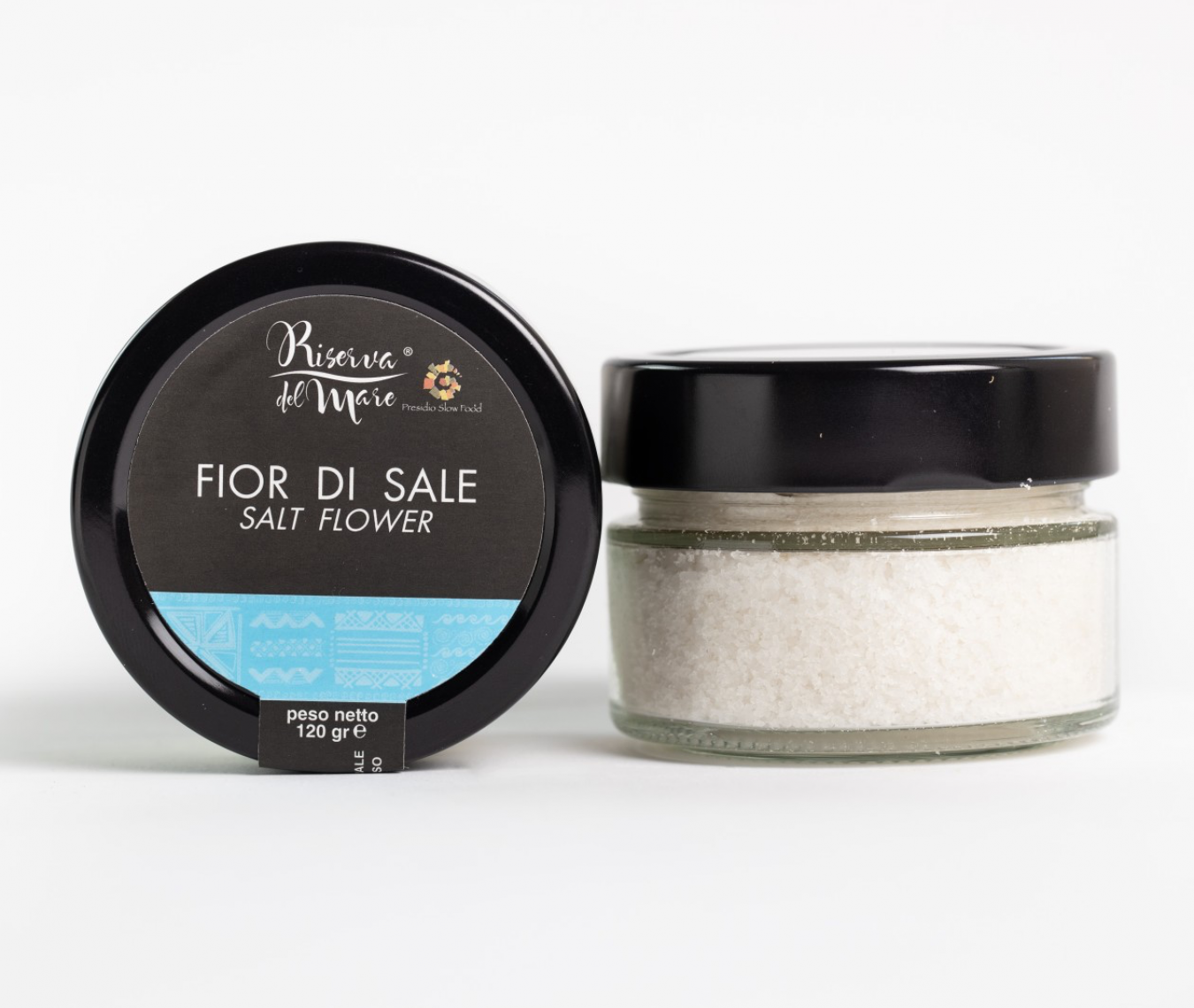 The VERO Riserva del Mare salt is produced in the Salina Culcasi located within the WWF saline reserve of Trapani and Paceco, the heartland of FAI (Nubia). It is formed through the evaporation of the water from the Mediterranean Sea. The production of salt takes place through the evaporation of sea water, which thanks to a process formed by canals and tanks, leads the latter to have an increase in salinity and to purify itself of all impurities and bacteria present in the sea. Therefore, maximum salinity is reached in the salt tanks, where crystallization takes place. This process lasts about 6 months and is completed with the harvest taking place in August and September.

The first phase consists in crushing and separating the crust of salt from the bottom of the tank with a special tool called "Palo".

The second phase consists in collecting the crystals with special shovels, creating piles of salt inside the tank, in order to make it drier for the next phase.

The third phase takes place by collecting the latter and transporting it in special wheelbarrows, towards the conveyor belts, which have the function of creating the large pile on the embankment.

At this point the pile is covered with tiles that have the important function of protecting the salt from winter rains and it is left to dry naturally for 8-9 months.

After the months of drying, the product is intact and ready for grinding, which takes place with stainless steel grinders.

This traditional and artisanal processing allows the salt to maintain its unaltered properties such as: iodine, calcium, potassium and magnesium.

The Riserva del Mare unrefined sea salt, in fact, does not undergo any industrial process.

Riserva del Mare integral salt has a unique and intense taste, is easily absorbed by the body, promotes alkaline PH and detoxifies.

Thanks to its strength, the required amount is considerably lower compared to other industrial salts, significantly limiting the onset of some diseases such as: hypertension, arterial plaques, concentration problems, memory loss and acidosis.

Product added to cart
Proceed to purchase
There was an error inserting the product in the cart, please try again later!
Subscribe to our newsletter
You will receive offers and news